We've worked with Airedale Group for a long time now, so understanding its business and what works is something we're very used to doing. You'd be mistaken for thinking this makes things easy when they come to us requesting something new. It is a progressive company in a traditionally conservative industry. They have always pushed us for something that stands out and they like to shake things up relatively frequently, but at the same time reassure their loyal customers that they're still the same family-run business they have always been. This is always our challenge, and this time was no exception.

Airedale prides itself on its exceptional customer service. It is focused on building trusting and lasting relationships with its customers. It is innovative and market-leading and as such, the brand has grown in confidence and scale. We have supported Airedale in the past and again now in realigning their visual identity to their goals and providing them with a new suite of marketing materials to convey the brand coherently. 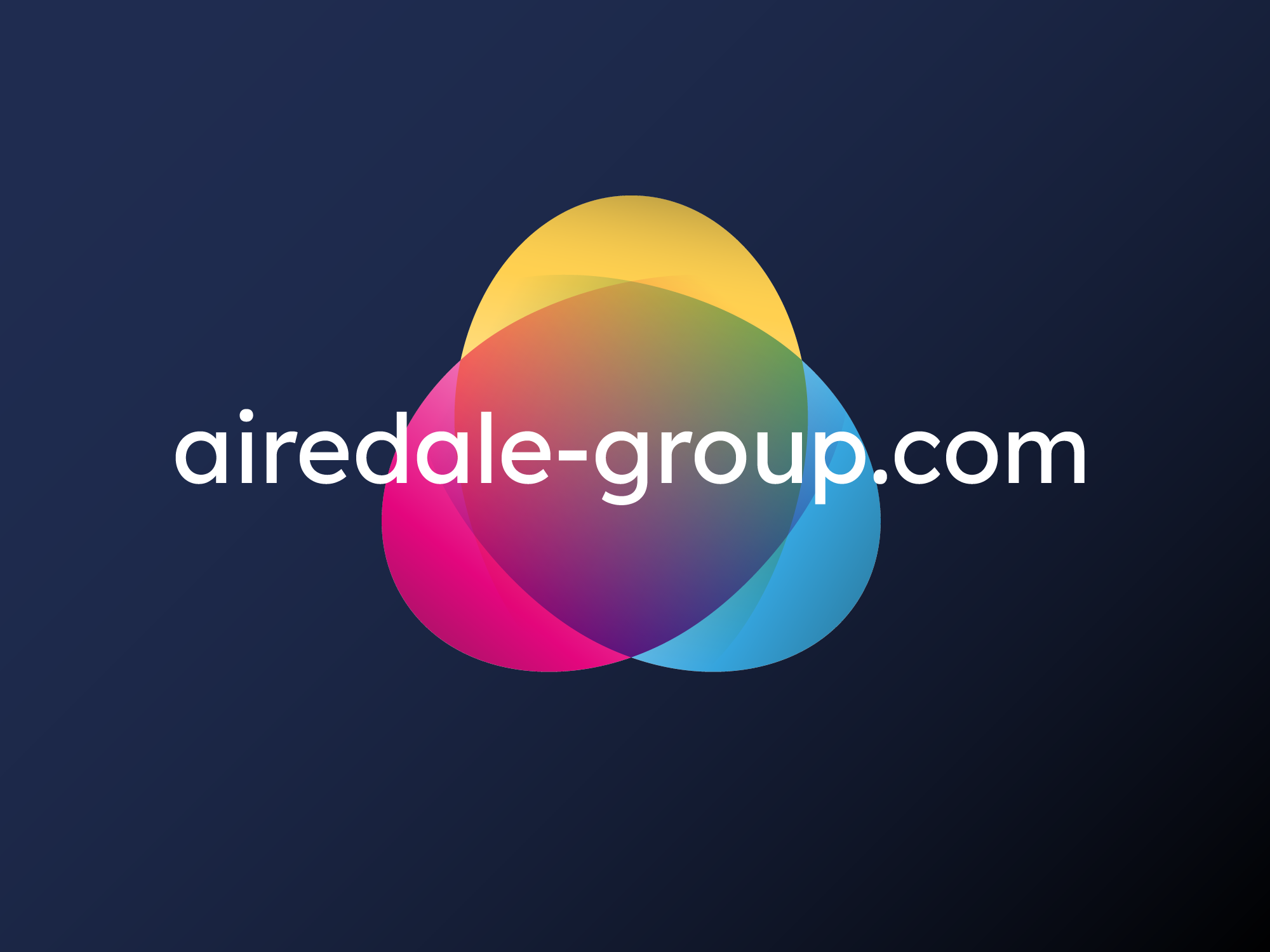 Coherence is key here as our brief was to come up with a new set of logos to bring all the existing subsidiary companies under one Group umbrella, through a common identifying symbol. We knew getting the symbol right was key to future-proofing the identity. Their old logo—Airedale Chemical—featured hexagons, which it has featured since the company's inception back in the 70's. Many iterations and modernisations of that symbol have happened since then, but this was the first time we've been given the green light to lose the hexagon.

We threw a lot of ideas into the hat for this—probably too many—but, as many designers find, you've gotta go there to come back—overthink to find clarity. Simplicity won out in the end and we feel the new symbol is both versatile and energising but also, crucially, nods towards their roots and encompasses their current values. It represents solidarity, it signifies unity and it feels like science.

Airedale require many different items, mainly digital solutions for things such as product lists and sales presentations as well as stationery and advertisements. We will be producing all of these things on an ongoing basis to support Airedale as they need us to. It's always rewarding to see how the brand rolls out into all these common areas.

We're now in the process of developing a new suite of websites for Airedale, which we're looking forward to revealing in due course. 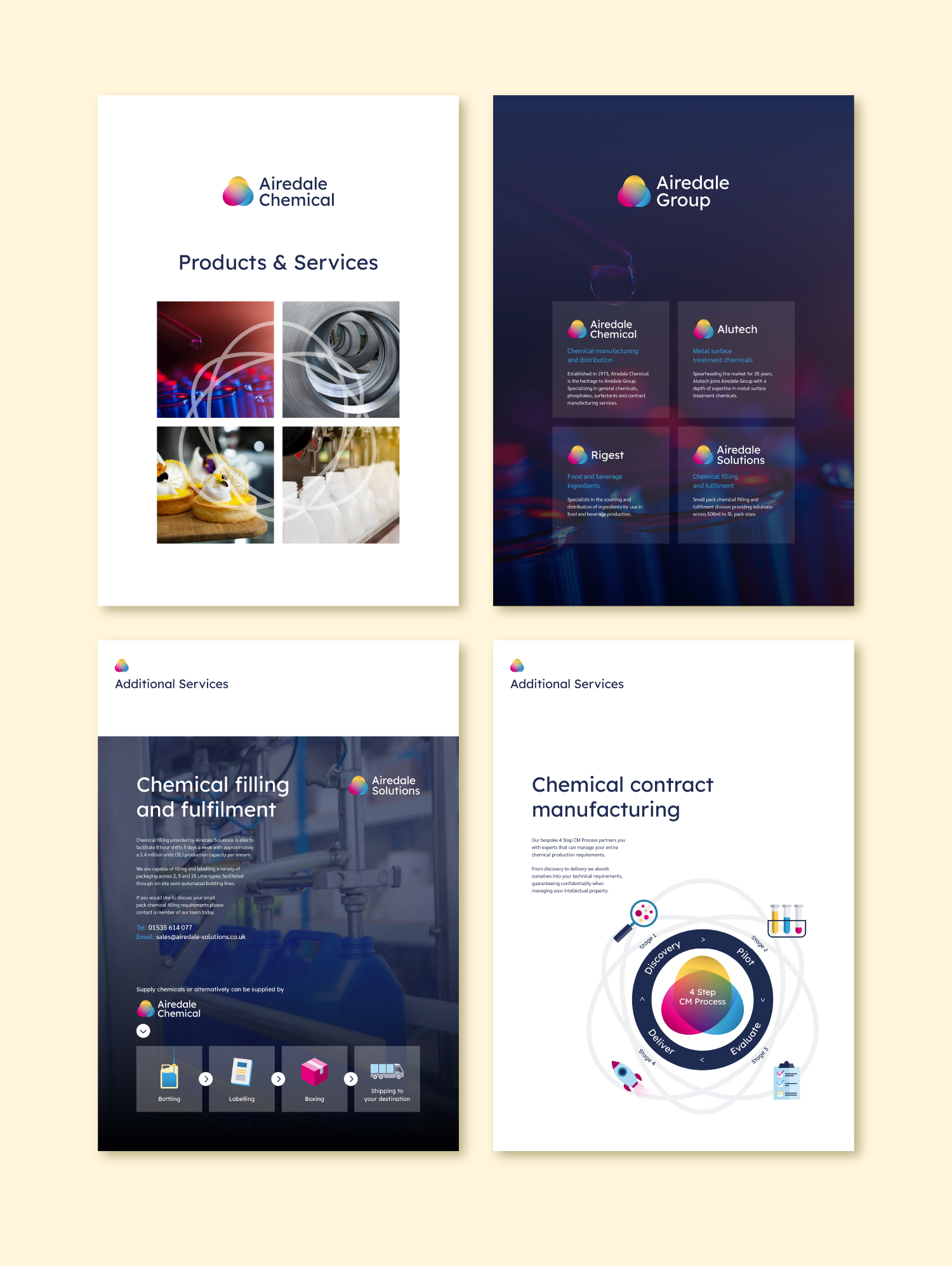 Like what you see? Great! Let’s have a chat about your ideas and what you’re looking for.

Working on Inspirit's brand and new website was all about information architecture—ensuring our designs recognised their user types and offered a truly engaging and inspirational online experience.